The store will not work correctly in the case when cookies are disabled.
Want Free Shipping? Click Here 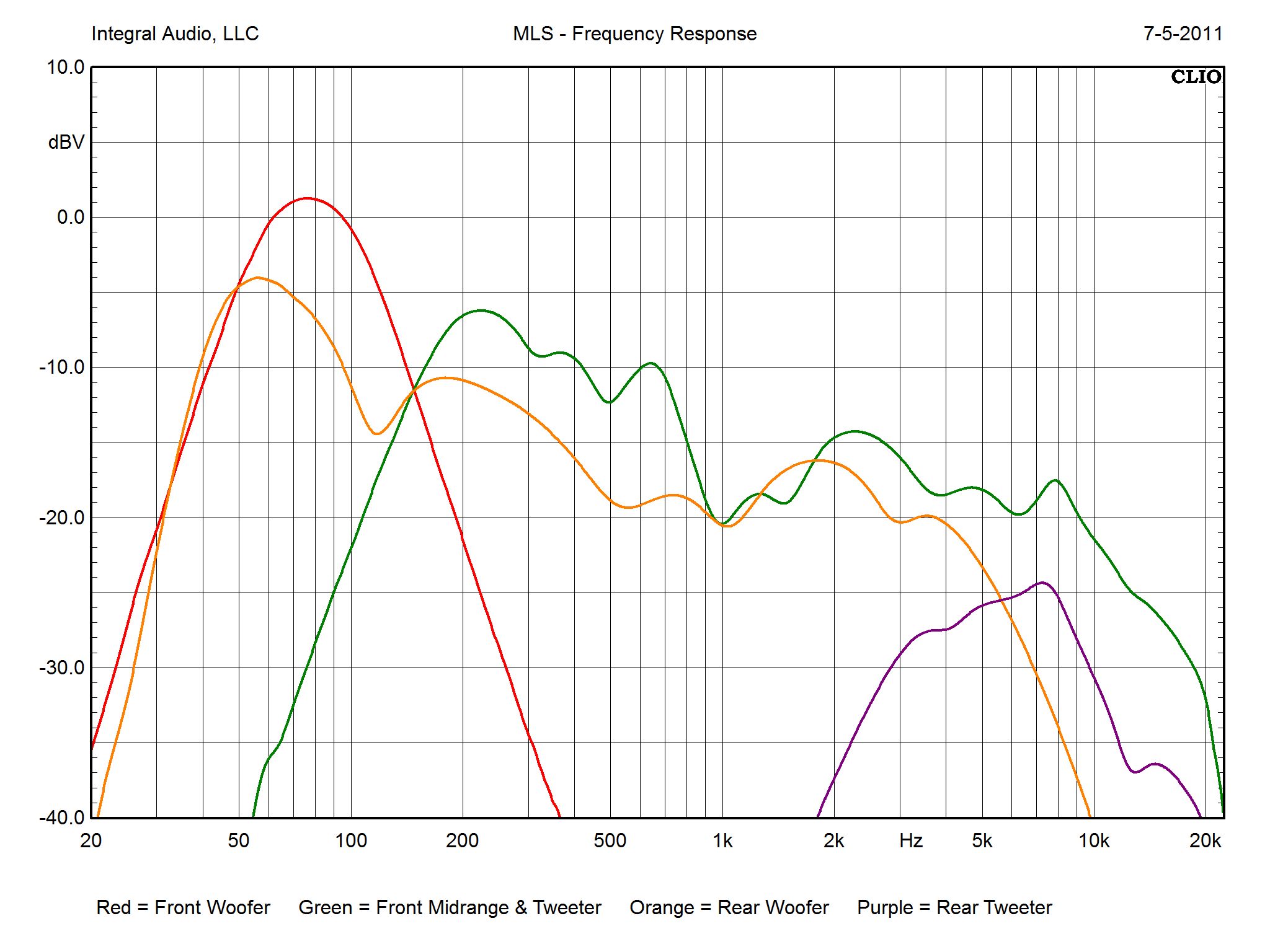 Why You Can’t Just Swap In New Speakers

As much as you love your MINI, you may not love its sound system, so maybe you’re thinking about upgrading your MINI’s sound and replacing the speakers?

Given the ease and price point, this probably seems like a good option; however, if sound is what you want, you’ll need to replace more than just the speakers.

The first step in understanding why is to understand the architecture of the MINI sound systems. MINIs of all years had two options for sound systems from the factory. Either the base 6-speaker stereo (the Boost System) included as a standard option on all MINIs, or the upgraded 10-speaker system (Harmon/Kardon or HiFi, depending on the model year).

In each model the head unit (that’s mounted in the dash) is the same regardless of whether you have the base or upgraded system. The difference is what happens downstream from the head unit.

In the base 6-speaker systems, the head unit output drives the 6 speakers directly. In the 10-speaker option, the output of the head unit is fed to a separate 8-channel amplifier that powers the speakers.

Why only 8 channels if there are 10 speakers? The front door midrange and front tweeter share a channel. If you have tweeters in the base of the A-pillar trim in your 2nd gen MINI, or the Harmon/Kardon badge on the door woofer of your 1st gen MINI, then you have the upgraded 10-speaker system.

Simply replacing the speakers just isn’t an option with the optional 10-speaker systems. The amplifier does not output a flat signal—there significant equalization and filtering applied to each channel. Take a look at the images below.

The first is the electrical output of the 8-channel HiFi amp in a 2008 R56 Hatchback (there are only 4 lines—left and right outputs are identical), and the second is from a 2011 R56 Harmon/Kardon amp.

If you’re thinking “yikes!” you’re thinking right. For those of you who aren’t sure what you are looking at, what you would want to see here is a single, at line. Instead, you can see that the frequency division is built into the amp (i.e. crossovers), and there is significant equalization applied for speaker correction.

The front woofer only gets low frequencies, the rear woofer gets a mix of low and midrange, and the rear tweeter gets only high frequencies. The front midrange and tweeter share a signal, however, and get a mix of mid and high (this is an additional problem, but is beyond the scope of this article).

All of this is a problem since any normal aftermarket speaker set comes with its own passive crossover to divide up the frequencies among the speakers. In order for those crossovers to they need a flat, full-range input signal. If you tried to use a passive crossover inline here you’d end up with massive gaps in coverage where the filters .

So why not just try to replace the speakers without using an aftermarket crossover? That won’t work either. No two models of speaker are the same, and every speaker has unique physical and electrical properties. Some readers may be familiar with Thiele/ Small parameters, which describe and measure these properties.

They include things like resonant frequency—the natural frequency of a driver; various measures of Q—the strength of the tendency to resonate; sensitivity—how much volume a driver produces for a given amount of applied power; impedance—the frequency dependent amount of electrical resistance of the speaker.

There are dozens of these parameters, and the upshot is that speakers vary dramatically. Two woofers or two midranges of the same size and general appearance can be tremendously different from one another, and one can’t be used as a substitute for the other.

The signal from the HiFi and Harmon/Kardon amps in MINIs will only work with one set of speakers—the ones they came with from the factory. This applies universally. Despite what you may have read online you can’t, for example, use the speakers from the Harmon/Kardon system in a HiFi system.

What would happen if you tried? You’d get less volume from the door speakers for starters—the Harmon/Kardon door and midrange speakers have lower sensitivity (the Harmon/Kardon amp has more than twice the power of the HiFi).

The Harmon/Kardon midrange isn’t designed to play as low as the one from the HiFi (note the difference in where each of the green curves off), and pushing it lower will increase distortion.

But wait, what
about the posts you’ve read online where folks claim to have up-
graded their HiFi system with the Harmon/Kardon speakers and it
sounds great! Google “choice-supportive bias” and “con rmation
bias”. As you’ve heard—don’t believe everything you read online!

The curves above also give clues to the major weaknesses (and complaints) about the various factory systems. Look at the differences in the two red curves (the door woofers).

In the earlier HiFi systems, MINI tried to compensate for the poor response of the factory door speaker by artificially boosting the low frequencies coming out of the amp. This helps at low or very moderate volume, but the speaker can’t keep up at anything beyond moderate volume and begins to distort heavily, resulting in the muddy bass that so many HiFi owners are all too familiar with.

What about vehicles with the base 6-speaker systems? In these systems, the speakers are driven directly from the head unit. As you
can see below, the head unit a relatively flat signal. There is a the high frequencies that can only be accounted for with a custom-designed system, but overall the signal is relatively usable.

The problem is a lack of power. The head unit—made for BMW/MINI by Alpine—only puts out a little over 5 volts cleanly. This translates to only about 7 watts for most aftermarket speakers. The passive crossovers in aftermarket speaker sets add impedance and increase losses even further.

While 7 watts is more than you might think, it isn’t enough to drive an aftermarket set of speakers well enough to compete with the high-noise floor of a moving vehicle.

Well-researched readers may note that there are “high-efficiency” aftermarket speaker sets available that claim to be designed specifically to work with low- power factory head units. That is true—sort of.

The missing piece is that there is a trade-off between efficiency and frequency response. Within a given set of constraints you can design a speaker that plays loudly, or that has good low frequency response, but not both.

So what does all of this mean? The bottom line is that if you want to upgrade the sound system in any MINI, you’ll need to plan on replacing (or adding) an amplifier as well as replacing the speakers. The factory head unit can remain. [There is one notable exception to this: the head unit in the R56 JCW GP2 does not output a flat and must be replaced or equalized when upgrading].

Use the head unit’s output signal to drive the new amplifier, and the amplifier to drive your new speakers. It’ll be more expensive and time-consuming than replacing just the speakers, but it’s the only way to get results that are better than what you started with. 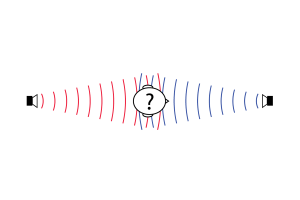 The Evils of Rear Speakers 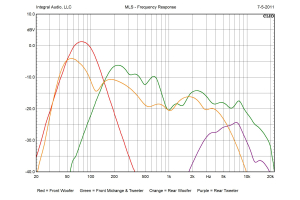 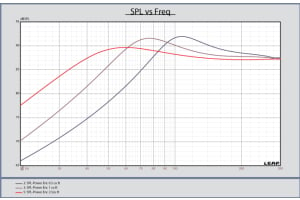