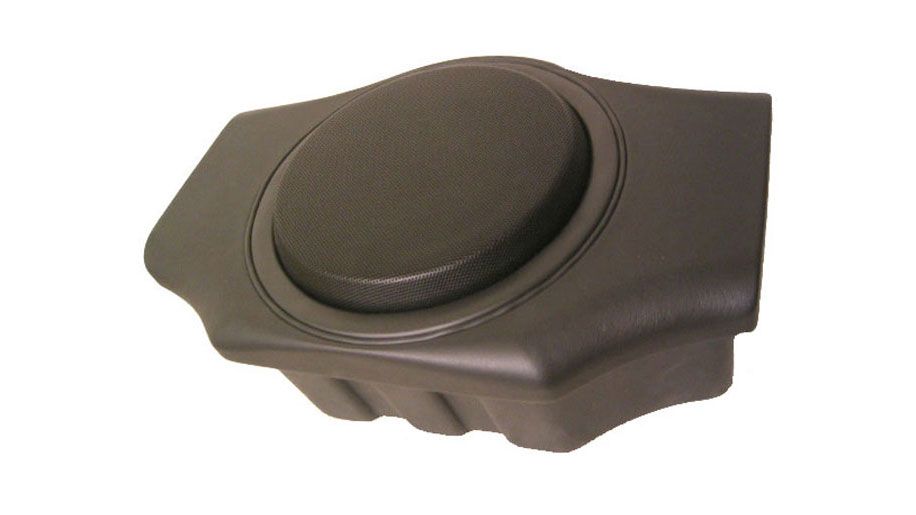 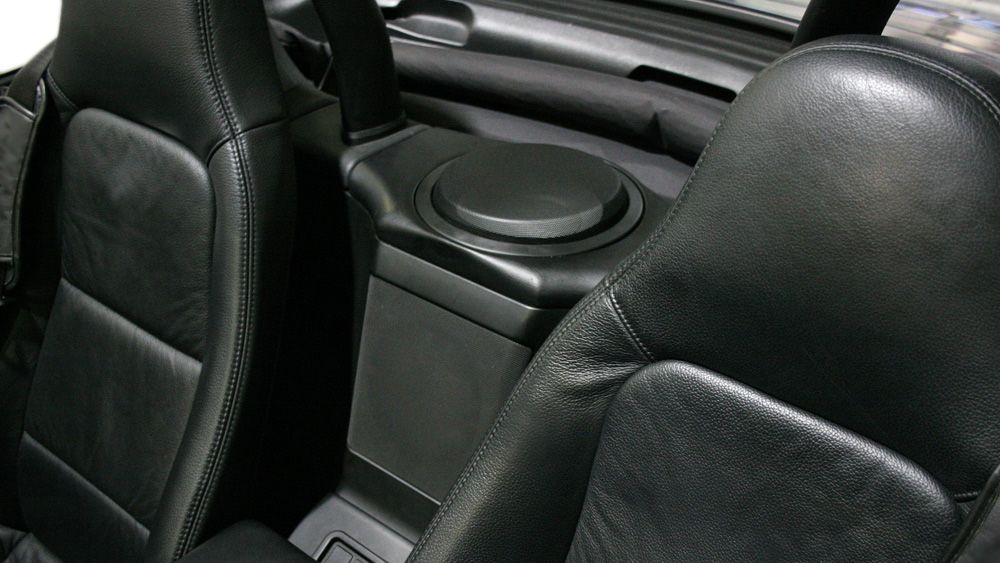 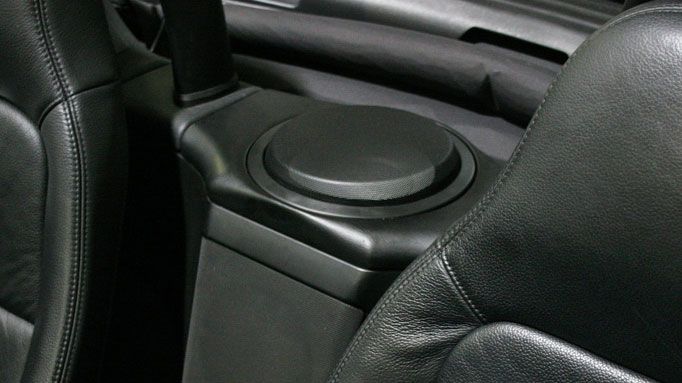 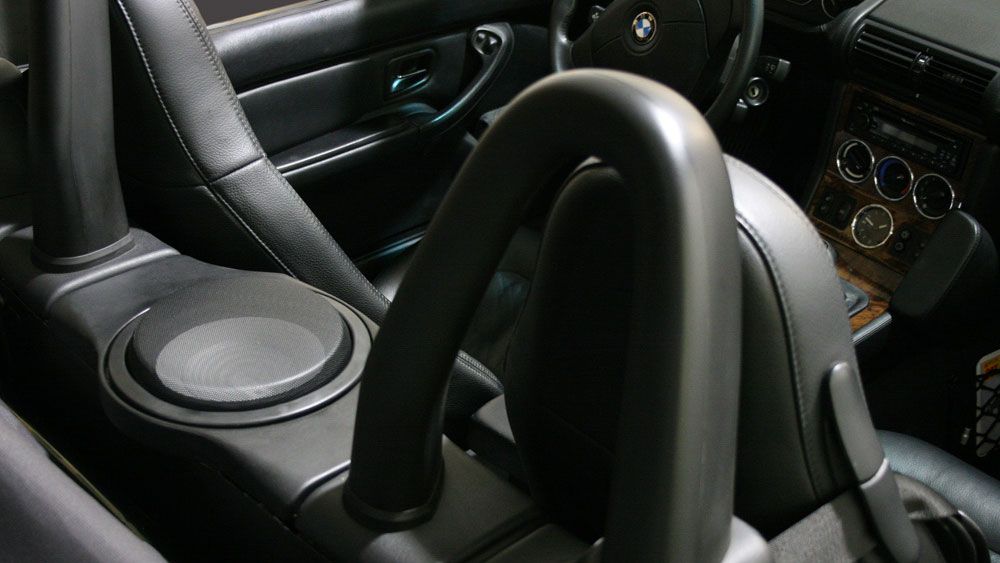 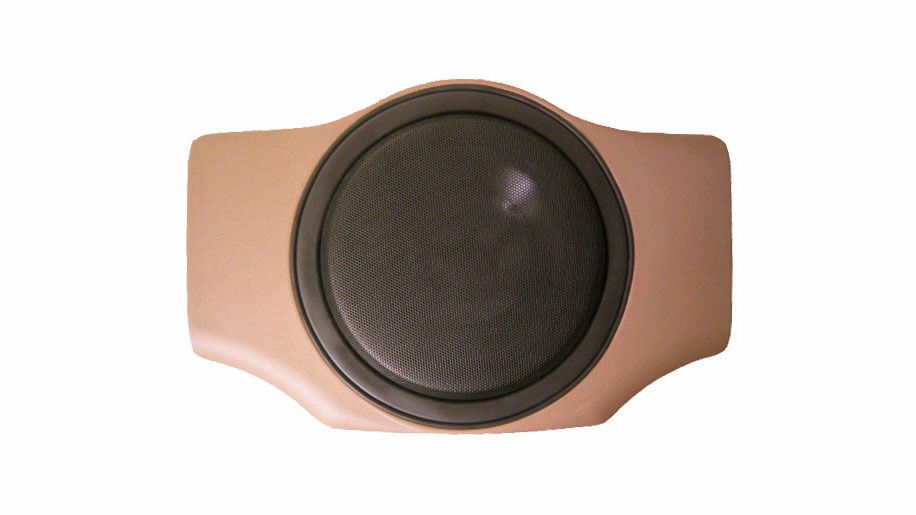 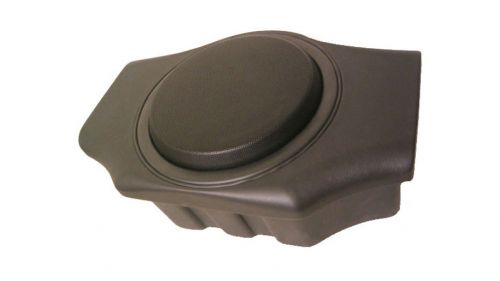 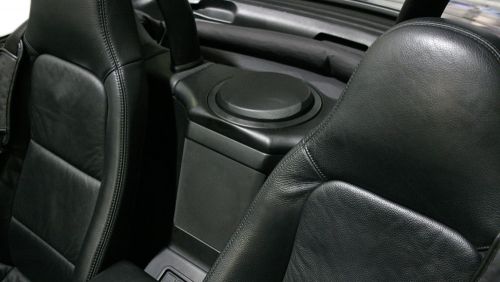 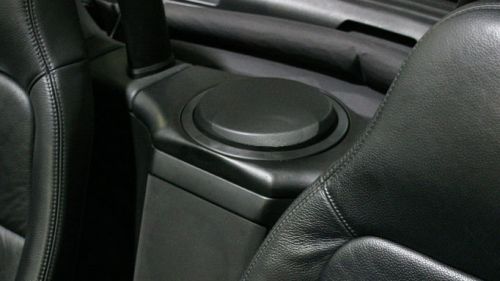 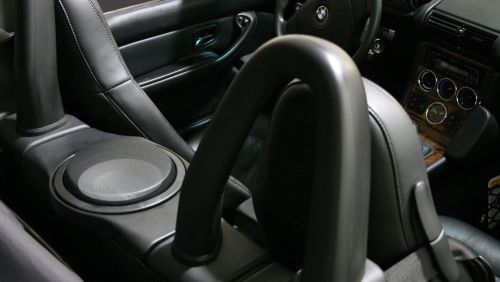 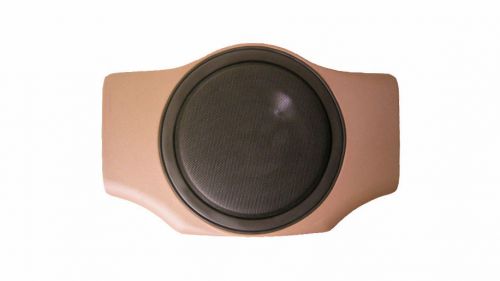 As of 2/12/2020 the last of these are sold and we have no current plans to do another production run. Never say never - these were discontinued and then revived once before - but at the moment it doesn't look like we will be making more.

The Model 81S is a perfect OEM-look drop-in replacement subwoofer system featuring a custom 8" subwoofer by Alumapro in a sealed enclosure, a high-quality subwoofer capable of producing some serious bass. The enclosure installs in the factory subwoofer (or storage compartment) location in between the seats, and reuses the existing factory mount points. The Model 81S offers incredible bass, great power handling, and smooth frequency response.

Will it Fit My Vehicle?

The Model 81S will fit any Z3 Roadster that came factory-equipped with roll hoops. You can use your existing factory amplifier (performance will be limited, but will exceed that of the factory subwoofer), or you can use a 2 channel aftermarket amplifier

Find an Installer near you:

Looking for a qualified professional to handle installation for you? Check out our Find An Installer page.

Prefer to do it yourself? We've got you covered. Our installation instructions are the best around. If you can handle basic around-the-house-DIY projects, you can handle this.

These are some of the most common questions about the Z3 Model 81S. Still don't see what you're looking for? Ask Us and we'll get you an answer lickity-split.